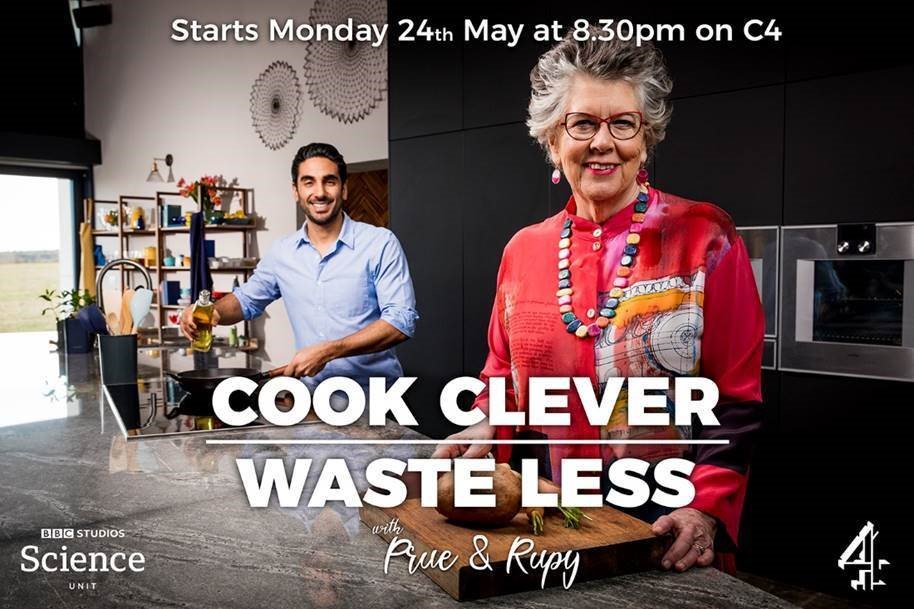 The programme made by the BBC’s Science Unit was commissioned by C4 and is being shown on the Channel from May 24 at 8pm. The episode featuring the project, which saw more than 250 tonnes of waste taken out of 80km of sewer pipes (the equivalent to two blue whales), is aired on June 7, but the wholes series is available to download from More 4, from the 24th also.

A team from the BBC brought a family to see the effects of waste on our sewerage system and interviewed project lead Anglian Water’s Water Recyling Network Efficiency Manager Ben Hatfield-Wright, supported on the day of filming by Collection Support Technician Mark Lloyd and Keep It Clear Community Engagement Manager Collette Parker. The family were filmed watching as a jetter sucked out fats, oil and grease from a sewer pipe in the centre of the town.

The series sees ‘Great British Bake Off’ host Prue and Dr Rupy helping the nation adjust their food habits to prevent waste. They provide tips and tricks for four families on how to buy and prepare meals resourcefully, giving viewers at home the tools to revolutionise how they consume food. The makers said that one in eight meals on average is being binned. A significant amount of food and FOG is getting into the sewer network via sinks from homes and food serving establishments across the nation (80 per cent of blockages are avoidable caused by a mixture of FFOG and unflushables such as wipes and sanitary products).

Anglian Water’s Keep It Clear programme advises householders to shop wisely and keep food waste to a minimum due to the impact this is having on the sewer network and the risk this poses to the environment from flooding and pollution incidents, the majority of which are caused by avoidable blockages. Promoting the scheme in Southend – the need to keep the pipes clear and flowing, and the vital role the sewer plays in our lives – has included raising awareness of recycling used cooking oil. Since the project began as much used cooking oil has been taken to the two household recycling centres in the first three months of 2021 as the whole of last year. It is collected by Halo Oil, one of the partners working alongside Anglian promote the Flush to Treatment project, and taken for conversion into biodiesel and biofuel.

Tips for keeping FFOG out of pipes include:-
• reusing fat from roasts in sauces, roux and gravy
• fat can be stored in the fridge for three weeks or in the freezer for up to a year
• recycling used cooking oil
• using a hot composter, garden food digester, wormery or bokashi bins to condition the soil
(these take all food waste and small amounts of FOG as opposed to an ordinary
compost, which can only be used for vegetable peelings and garden waste)

Dr Rupy told C4: “We could all do with wasting less, and instead of simply highlighting the problem, I believe that by creating a joyful and exciting programme full of tips and recipes we also motivate and inspire people watching at home.”

Anglian Water is working in partnership with SAVS to promote the need to protect the vital role the sewer network plays in our lives.