Celebrity visit for the Triple Ts 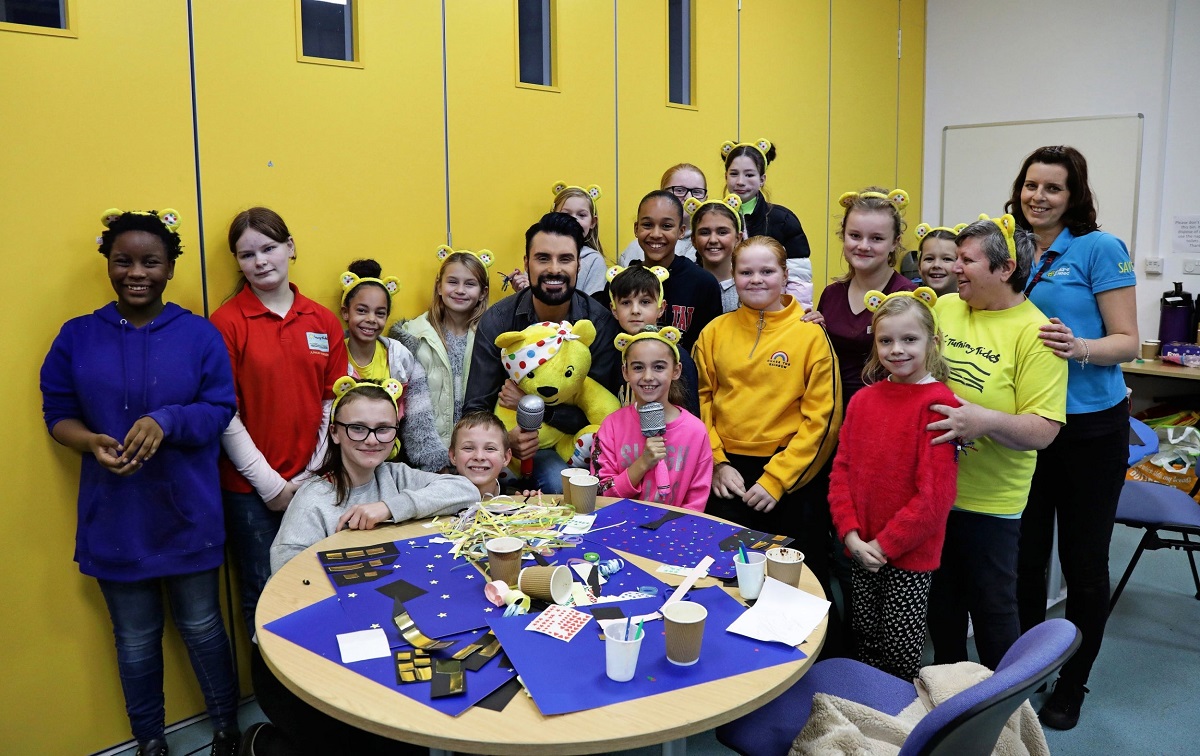 Rylan Clark-Neal recently visited the Woodgrange Triple T’s Youth Club in the lead up to taking on the karaoke challenge to raise funds for Children in Need.

Rylan Clark-Neal said his recent visit to the Triple T’s Youth club in Southend helped to spur him on during his 24-hour charity challenge.

The presenter, 31, sang karaoke for 24 hours to raise money for BBC Children In Need.

Ahead of the challenge he visited the Triple T youth club, which is a weekly club provided by the Southend Association of Voluntary Services through its Turning Tides Team.

He said: “It was amazing and do you know what, I didn’t actually think about this when I signed up to do this.

“I didn’t really think that I would need that, but actually visiting the project and meeting all the kids, staff and volunteers and speaking to them and understanding how much this money impacts their lives, when I am sort of dying at four o’ clock in the morning trying to garble together a song I know what I’m doing it for now”.

During his visit he took part in some arts and crafts and also participated in a few games including Hungry Hippos and Dodgeball.

Southend Association of Voluntary Services Triple T’s project delivered through Turning Tides is one of the local projects funded by Children in Need. It benefits from a three-year grant to provide three weekly Triple T clubs for disadvantaged young people in Southend. The aims of the project is to achieve three agreed outcomes – improved confidence, improved well-being and build resilience against hidden harms amongst 8-13yr olds.

Hayley Duff, Young Person’s Development Manager at SAVS said “The children were so excited by Rylan’s visit and it was a real boost to all involved with the project having it profiled by Children in Need and knowing other see the value in our important work here.”

Rylan went on to raise a grand total of £1,086,261 from his 24 hour Karaoke effort and this money will used to continue to support projects like Triple T’s. Well done Rylan and thank you for coming to see us.