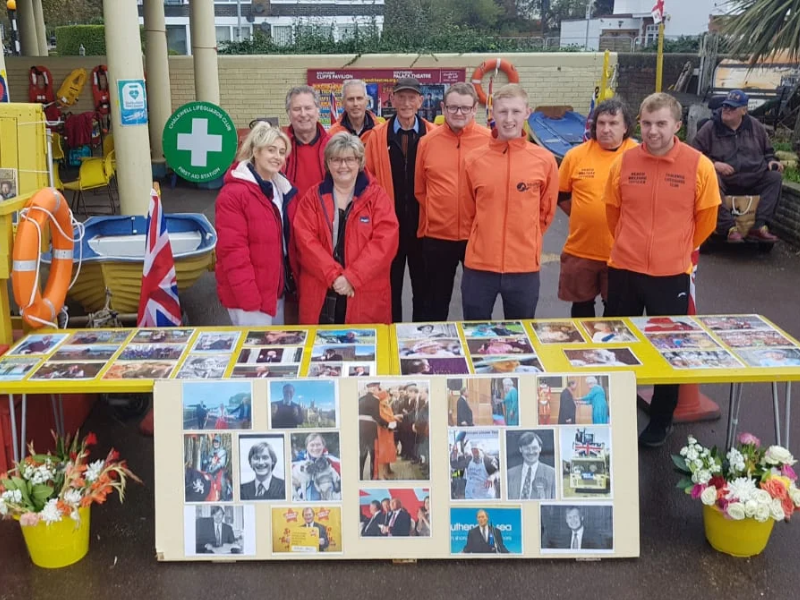 Posted at 15:17h in Positive Stories from Across Southend by Jamie Langstone
0 Likes

Sir David was the MP for Southend West when he sadly lost his life in 2021. He was a regular visitor and supporter of Chalkwell Lifeguards Club.

The following day, the club delivered a Life Support first aid award, again in honour of Sir David, which was attended by his daughter Katie Amess and many of her friends, who all passed the lifesaving course and received an RLSS UK certificate.

The Amess family donated a painting which hung in Sir David’s MP office for many years to the club, which is now hanging above the main club house doors.  They commented “We would like to thank the Chalkwell Lifeguards for all they do – not just as lifeguards throughout the year but in keeping Sir David’s memory alive and providing the public with a space to come and honour him and pay their respects.  We would also like to thank all the local stores who kindly donate fresh flowers every week to the memorial.  It has touched us beyond words that people have been so generous and loving to us during this difficult time.  Sir David would be smiling down on the memorial and proud of Southend’s new City status.”

Visitors have been invited to visit the club house at Chalkwell Lifeguards Club to view the painting and also leave a message in the condolence book. Anthony Martin said “It’s quite incredible to hear so many wonderful stories from so many people whose lives Sir David touched in such a lovely way, nothing was ever too much trouble for Sir David Amess MP, he was a one in a million politician and such a lovely kind man, we all miss him and wish that he was still with us.”