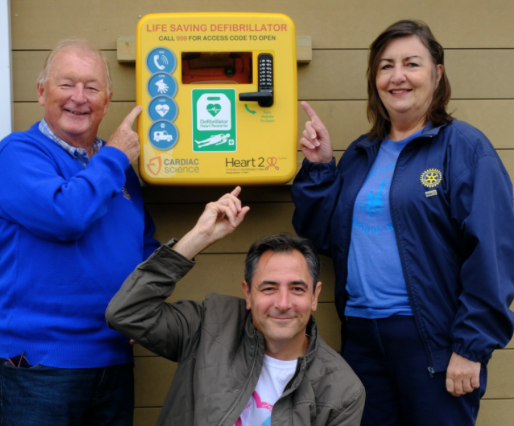 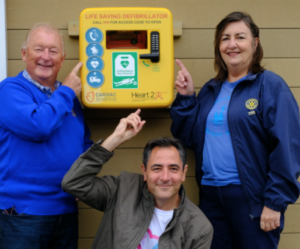 Leigh on Sea Rotary Club, together with Thorpe Bay Rotary Club and the Carli Lansley Foundation, a charity which raises money for ECG screening programmes for 15-35 year olds, have joined forces on a project to donate eight defibrillators to make Southend Seafront a safer place. Four are currently being installed and a further four will follow in early 2021. The total cost of the project will be in excess of £20,000, which includes maintenance.

Several businesses on the seafront have defibrillators on their premises but as such are not accessible for public use when they are closed. A spokesman said ‘Our equipment will be positioned on the outside of buildings so that the public can access them at any time day or night.’

‘We have researched the locations where our eight defibrillators will be installed from Chalkwell to Shoebury Common. These together with the two already in place at the Chalkwell Redcaps building and City Beach mean that Southend Seafront will have defibrillators positioned at no more than half a mile apart.’

The partnership wish to thank Southend Borough Council for its wholehearted support. The Council’s Tourism Director, Scott Dolling commented: ‘We are delighted to have helped the partnership to achieve its goals. There is good evidence that defibrillators save lives and to have this provision along our foreshore is another good step’. We also thank those organisations who agreed for us to install this equipment on their buildings.

Thorpe Bay Rotary Club is creating a crowd funding appeal to raise funds towards the second phase in early 2021. Further details with be published shortly.