Breaking Loneliness and Isolation
Amongst the Elderly

Folk Like Us provides support and advice to people over the age of 65, living in the borough of Southend who are experiencing loneliness and isolation. These people are supported by Turning Tides Team Leaders and if required will be signposted to services who can assist them further. 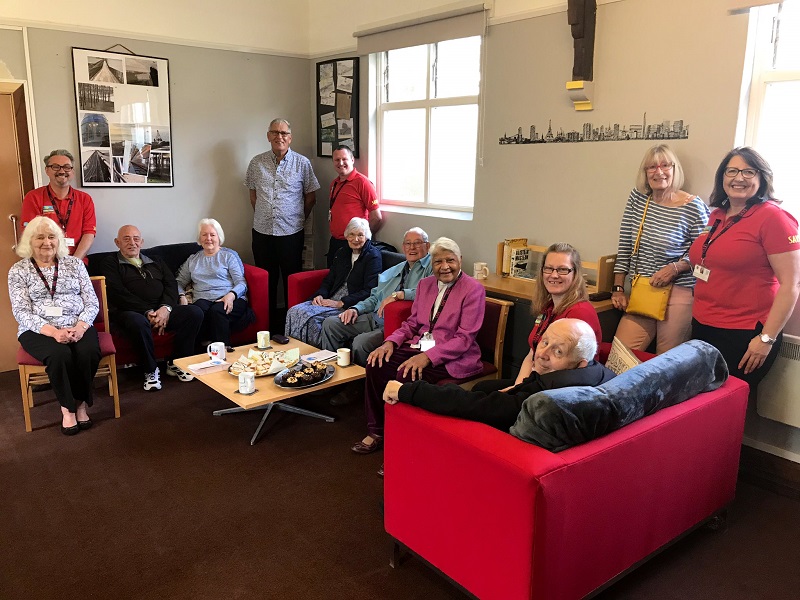 Benefits to its Members

Be more confident to access services and social groups

Be able to access information in a way that suits them

Learn new I.T skills like the internet and smartphones

Services provided by the project

Our Hubs allow anyone to drop in during the specified times whether they are a registered member or general public seeking information.

Our Hubs are ideal if you would like to:

We have four Hubs which operate throughout the year. Click on their name below, or use the interactive map to find out more.

Folk Like Us operates a Hub in Central Southend on the ground floor of the SAVS Centre building in Alexandra Street, Southend on Sea, SS1 1BW. This Hub is open Monday – Friday 10am – 2pm and offers a welcoming environment, giving support, information and a chance to meet and chat to others over a cuppa.

The Folk Like Us Shoebury Hub is open on a Monday and Wednesday each week between 10am – 2pm at 151 West Road, Shoeburyness, SS3 9EF. You will see our signs at the front and side of the old church building directing you to our Hub. As with the Central Hub, there is support and information available and a chance chat to others over a cuppa.

The Folk Like Us Muddy Hub is located at the Norwich Avenue Allotment site in Southend. Our Muddy Hub is open all year round; we have a fantastic new shed and all year we grow lots of fruit and vegetables which when harvested are enjoyed by our members.

Folk Like Us is lucky enough to hire out a Beach Hut at East Beach Shoebury. Once a week in the summer months, you can join our Team Leader and other members for some sea air and fingers crossed some lovely warm sunshine too! 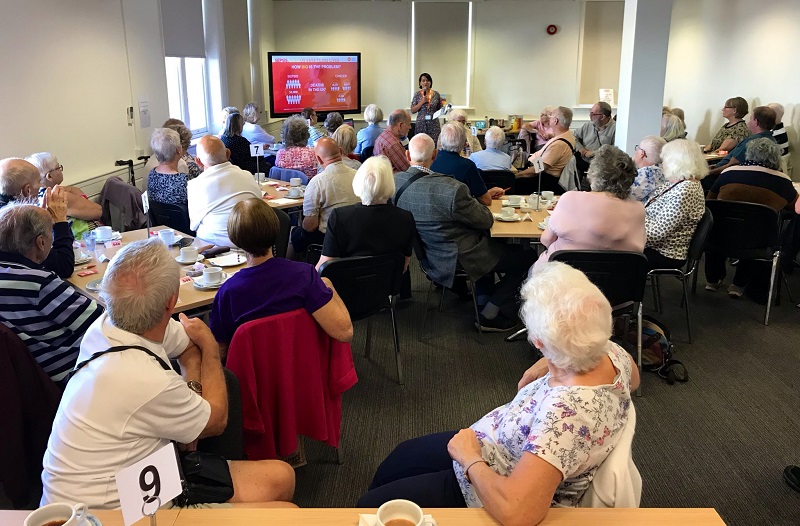 Connects Events are run every 3 months. Members are invited to come along and hear from a guest speaker covering a variety of subjects i.e. fraud, history, health etc.

This is a fun way to meet other members and share experiences, lunch is provided and activities like quizzes or raffles are part of the event. 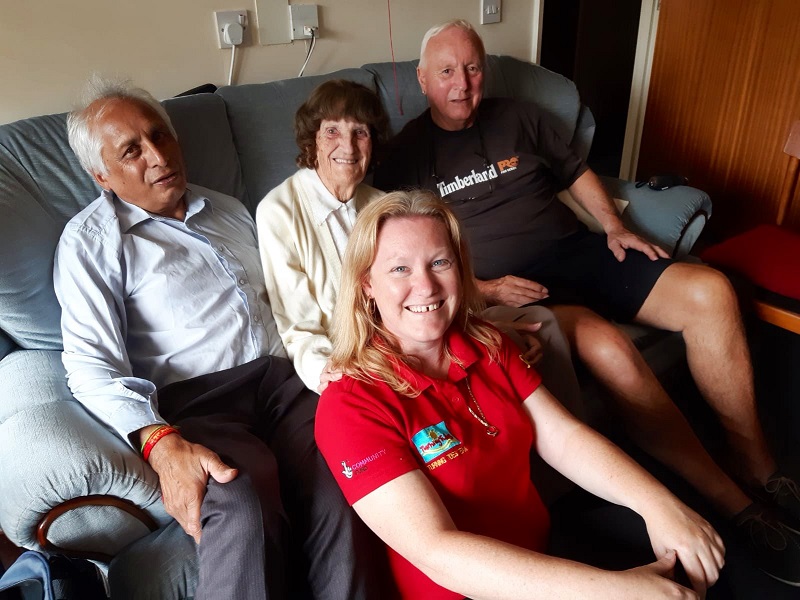 We know that some older people are housebound through mobility or health conditions and are not able to visit the Hub. We will therefore provide regular home visits to those who are unable to leave their house, and our support for this group will be adapted accordingly. They will have the same opportunity to receive support and information and feed back into the ongoing development of the service. 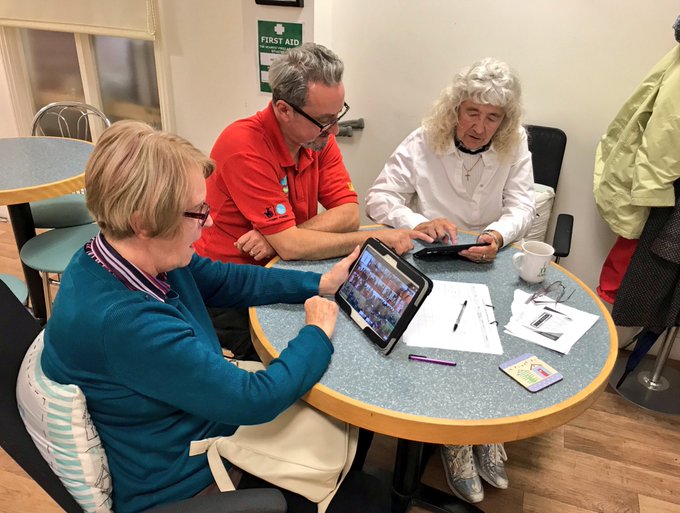 Technology moves fast and it can be difficult to keep up with how things work, especially if you are not used to using computers and mobile devices. Our team offer I.T training and support both in the home and at our Hubs. Sessions are free but booking is required. 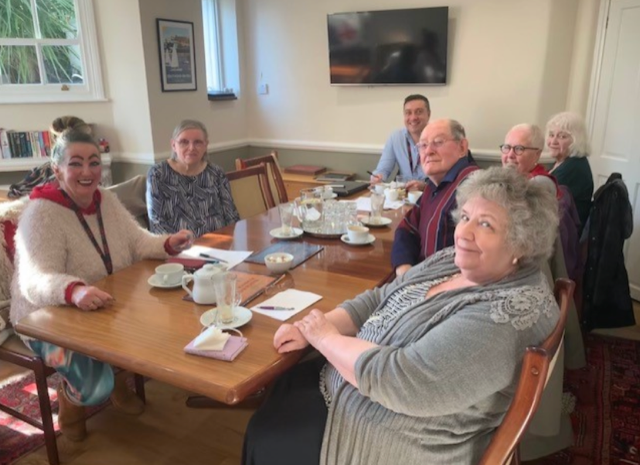 The Folk Like Us project is people led through a Steering Group consisting of Folk Like Us Members and staff. Through the steering group members are able to share and discuss new ideas to help engage isolated and lonely people in Southend. They also provide a level of governance and ensures the outcomes of the Project are met and they are also able to influence its future direction. 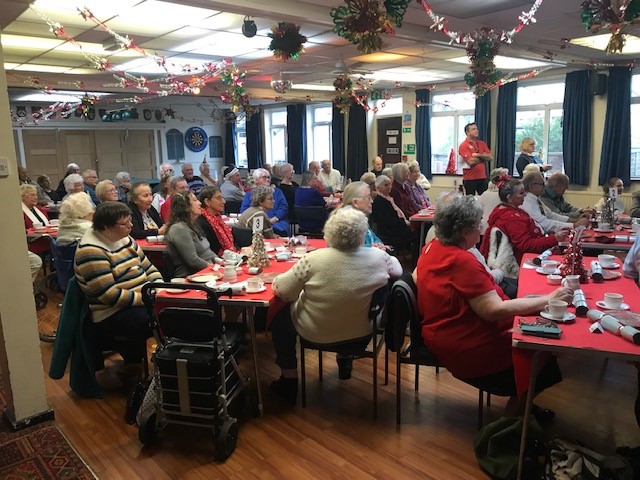 End of year celebration for FLU

The Folk Like Us Christmas Connect Event took plac... 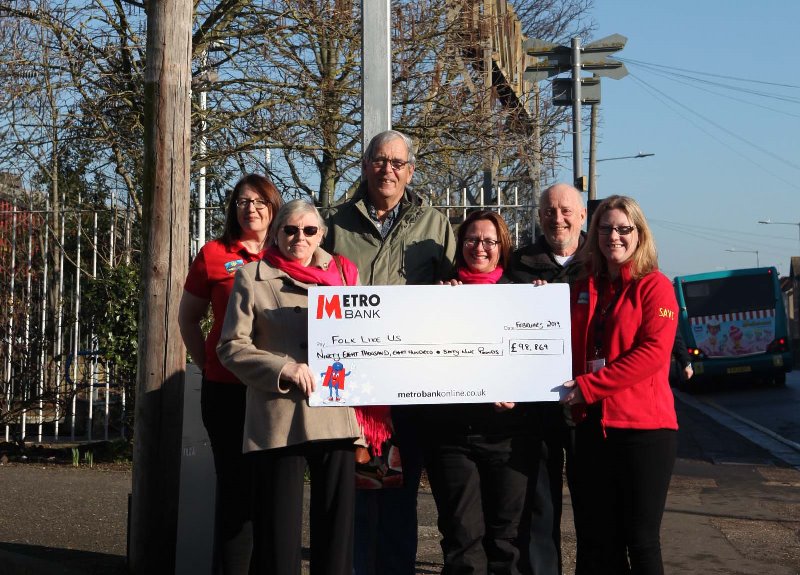 The project expansion is possible as SAVS has been... 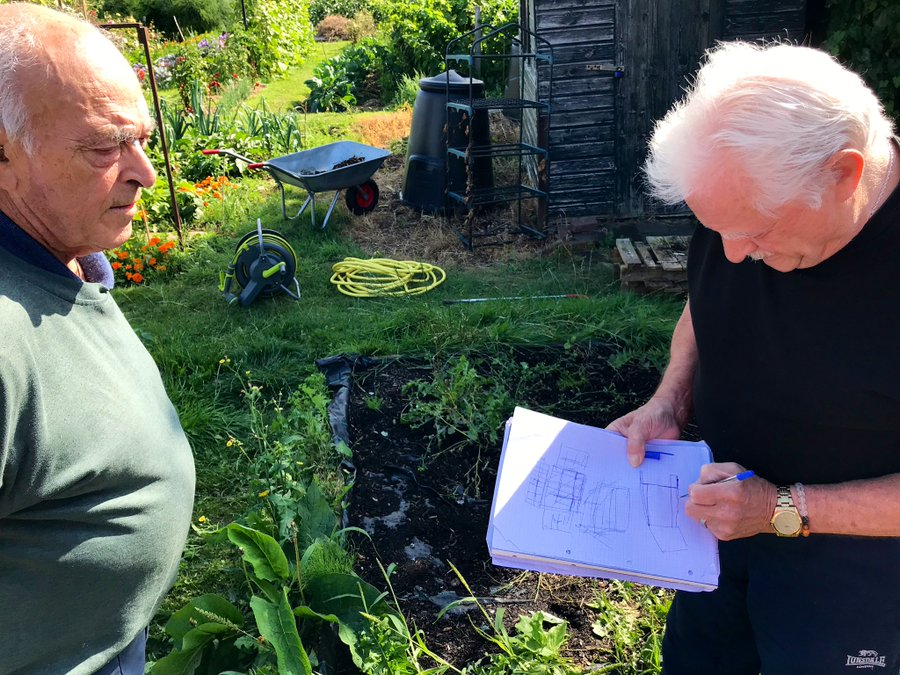 Folk like Us members have been very busy over the ... 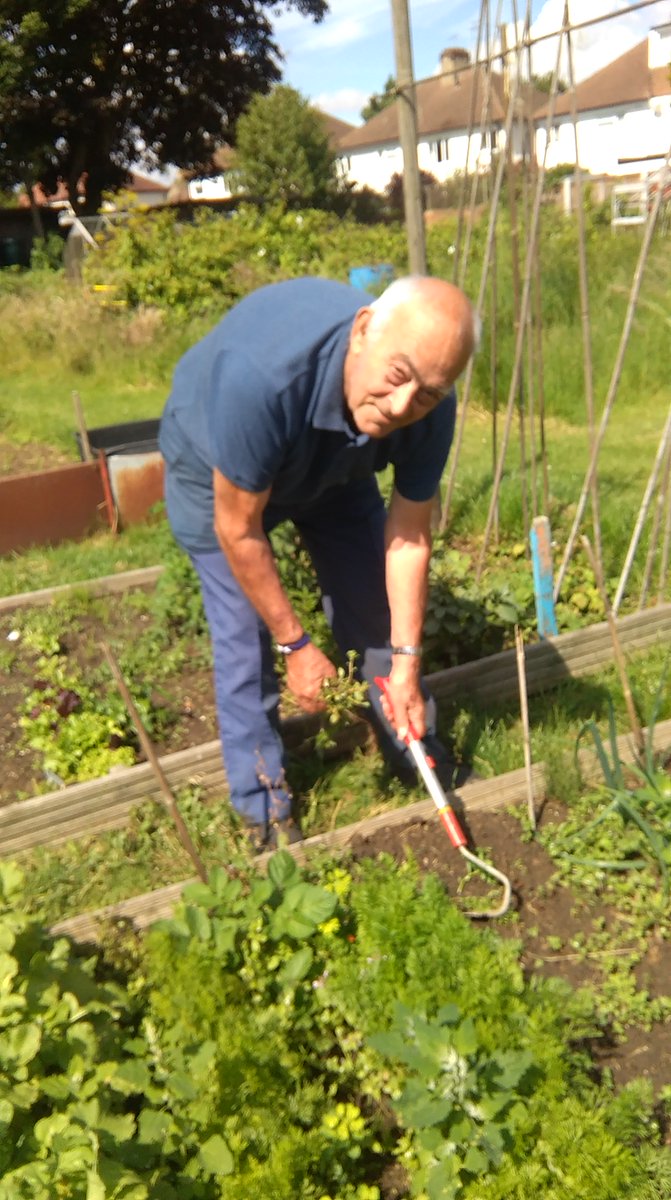 Both John and his wife, Jessie, were already aware of Turning Tides through its ‘Safe as Houses’ Crime prevention project when Team Leader Lee, made contact with them again to inform them of our Big Lottery funded ‘Folk Like Us’ project.

Lee visited John and Jessie at their home in order to tell them all about Folk Like Us and how it can help to break isolation and loneliness for older people living in the borough of Southend. Both were interested in what Folk Like Us had to offer and told me a little about John’s current circumstances.

John had been retired some time and as a consequence has very little social interaction. In addition, along with a few health problems, it meant that John was spending much of his time at home just watching the television.

On signing up as a Folk Like Us member, John visited the project’s Hub which is open 10am-2pm Monday to Friday. On his initial visit, John came in with wife Jessie as he was unsure and a little nervous as to what to expect.

Within just a few months, John is a regular visitor to the Hub for a cuppa and to have a chat. John struck up friendships with several other members and since May 2018 has been volunteering with the Folk Like Us Muddy Hub Allotment plot in Norwich Avenue.

John is delighted that he is now less lonely and isolated with thanks to Turning Tides Folk Like Us.

The National Lottery Community Fund, legally named the Big Lottery Fund, is a non-departmental public body responsible for distributing funds raised by the National Lottery for “good causes”. Since 2004 it has awarded over £6 billion to more than 130,000 projects in the UK.