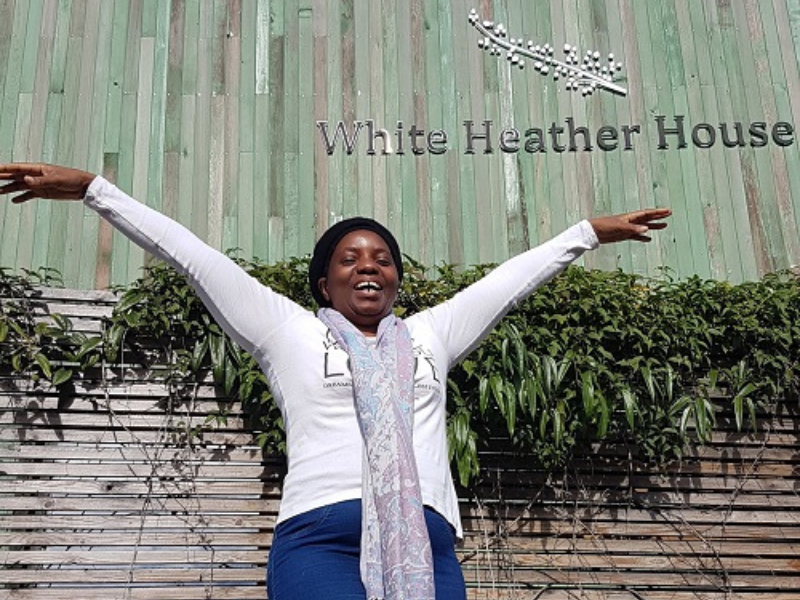 Posted at 12:22h in Positive Stories from Across Southend by Jamie Langstone
0 Likes

HARP, Southend’s homeless charity, and CHESS Homeless in Chelmsford, continue to celebrate their joint 20th Anniversaries, and today HARP publish their second story in the series.

Joinah is a former HARP client, who, with the support of HARP, managed to turned her life around.

She became homeless after leaving an unhappy marriage and was suffering from severe depression, anxiety and post-traumatic stress caused by childhood abuse.

“I worked for the whole 14 years I lived in the UK, so I felt guilty being unable to work,” said Joinah, who is originally from Zimbabwe and had been working in a bakery as a Production Operative before her mental ill-health stopped her working.

“I had no idea I was depressed. I had been pretending I was ok for so long that I just broke down from holding it all together. I even tried to go back to Zimbabwe but my family were not happy that I had left my husband so I had no help, there were no jobs and because I had been out of the country for so long I had nothing to start with.”

Joinah was facing being on the streets for Christmas when the Citizens Advice Bureau referred her to HARP. She was able to stay in HARP’s short-stay overnight emergency accommodation before being given a room in our single-gender accommodation, White Heather House.

“When I arrived at HARP I was crying all the time, I didn’t trust anyone and I was scared that no-one could help me,” said Joinah. “I didn’t have any money coming in, no bank account, nothing. In the day I would wander around the shops or sit at the seafront in the cold and cry. I didn’t want to kill myself but I wanted something to come and knock me down. I felt like there was no way out and no matter how much I tried I was just getting more and more tangled. I knew that I was breaking down and I was scared and I thought that would be the end of me.”

Joinah managed to turned things around with support from HARP, and is now working as a full-time support worker in the hopes of helping other vulnerable individuals.

“My dream is to educate and help others. I want to help other women to know they are worthy and can be independent. My vision is now to make mess my message and use my experience to help others.”

Joinah has moved on from HARP and is now renting in a shared accommodation. She has joined a sewing class and enjoys crocheting, knitting, reading and journaling in her spare time. She also likes to watch motivational speakers and sometimes talks to local homeless people on the streets to try and motivate them to overcome their situation.

Joinah said she doesn’t know where she would be without HARP.

“HARP does more than just find you somewhere to stay; they help you face up to and conquer what led you to the situation. They listen, they encourage, they are compassionate, and they don’t judge you. Everyone needs and deserves compassion. Being homeless is not a choice, you don’t see it coming. It could happen to anyone.”