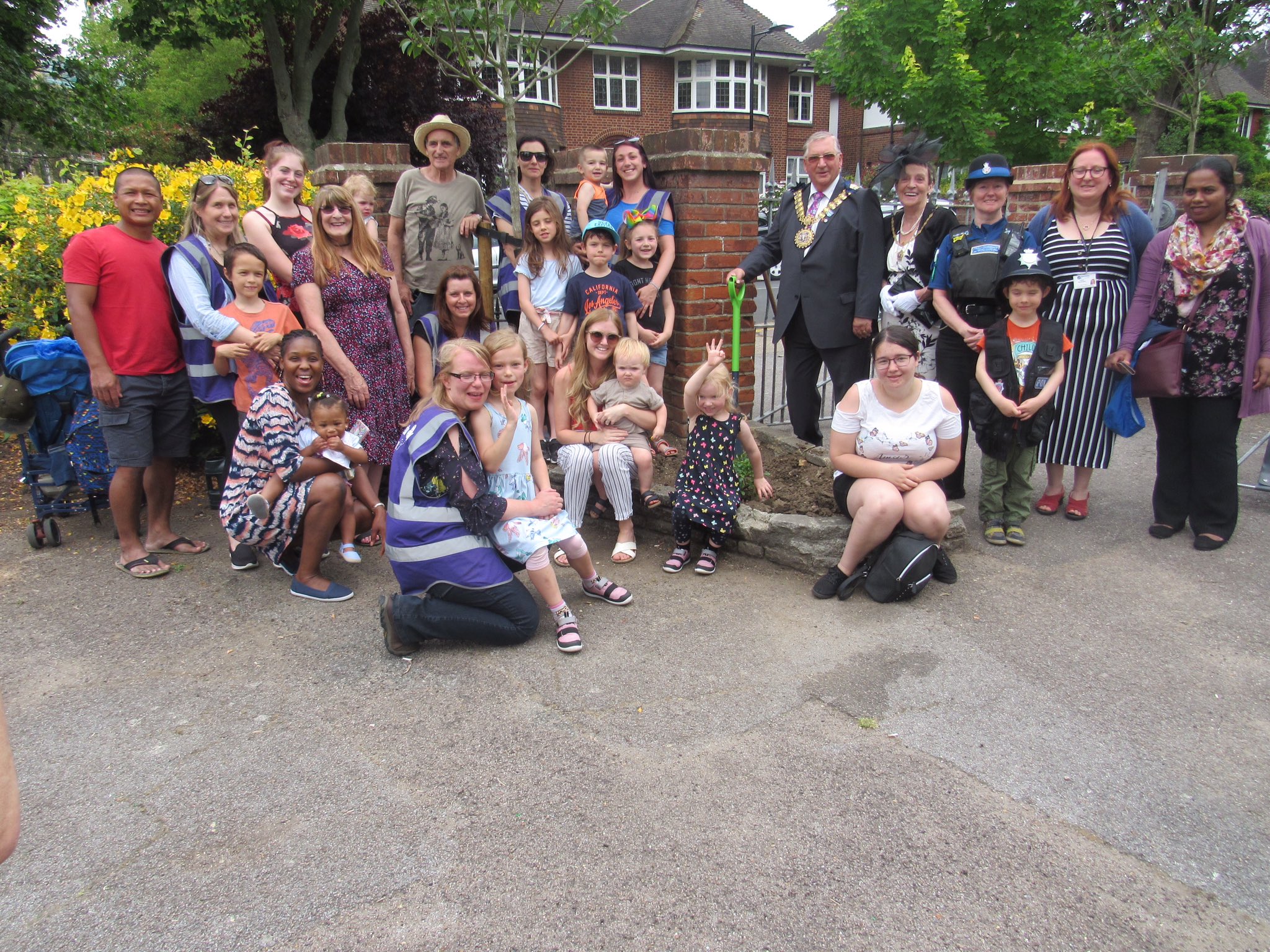 Posted at 11:03h in A Better Start Southend by SAVS
0 Likes

Saturday 6th July 2019 saw A Better Space officially launched as a constituted group at Milton Gardens in the Milton Ward.

A Better Space was formed by a group of parents who thought their local park was in desperate need of some tender loving care. Supported by the A Better Start Southend’s Engagement Team at SAVS, they began to build a relationship with the Parks Team at Southend Borough Council and have also had great ongoing support from Essex Police; showing that we could all work together to make a difference to this green space.

A Better Space started from a small idea but over the last two years it has grown and developed into a Constituted Group, ready to embark on the next stage of its journey. A Better Space has made the promise to connect communities in Southend to their local green space; Showing them they can be the change that they want to see and that by working together, anything is possible.

There is much evidence highlighting the benefits of being outdoors. With more people feeling isolated and the need to take care of nature and the environment we live in A Better Space could prove to be the ideal solution. A Better Space aims to embrace the needs of the local community, recognising that taking part in social/physical activity outdoors helps build our social understanding and interpersonal skills. When being outside we begin to feel more confident as a person, as a parent, as a carer, as a child with a happy parent, as a young adult finding their way in life and as a retired person looking for something to keep them active.

If A Better Space can achieve this, if they can really connect people to their local green space, who knows what friends we will make, what new things we will learn and how much happier we will become.

During the A Better Space launch the local residents, community groups and organisations in the Milton Area were invited to gather together to celebrate the work completed by the project so far. The atmosphere was relaxed and friendly, the sun was shining, the children had a great time. Posters about the work completed so far were placed around the park, as well as the work planned for the future. Attendees were asked what the group could do next to further improve the space, with lots of opportunity to feed back with their ideas and comments. The event also offered the opportunity to show the Mayor, Cllr John Lamb, and Mayoress Mrs Pat Lamb around the park. It was a very special day for everyone involved.

“A Better Space was never about one location, but what we have here at Milton Gardens is a model of what is possible and of what can be achieved. We are aware there are many locations in Southend that need this attention and other small green spaces that could be so much more.” Michelle Gray, A Better Space Chair.
“So much has been achieved through bringing community and key partners together. With conversation and support for each other, great outcomes will be a reality. The A Better Space group will now be in a position to widen their outlook and work in new areas to impact across the town.” Anthony Quinn, SAVS deputy CEO.
If you would like to follow the A Better Space story and find out how you can get involved you can follow them on Facebook, Twitter and Instagram or email them at abetterspace@savs-southend.co.uk. They would love to hear from you!