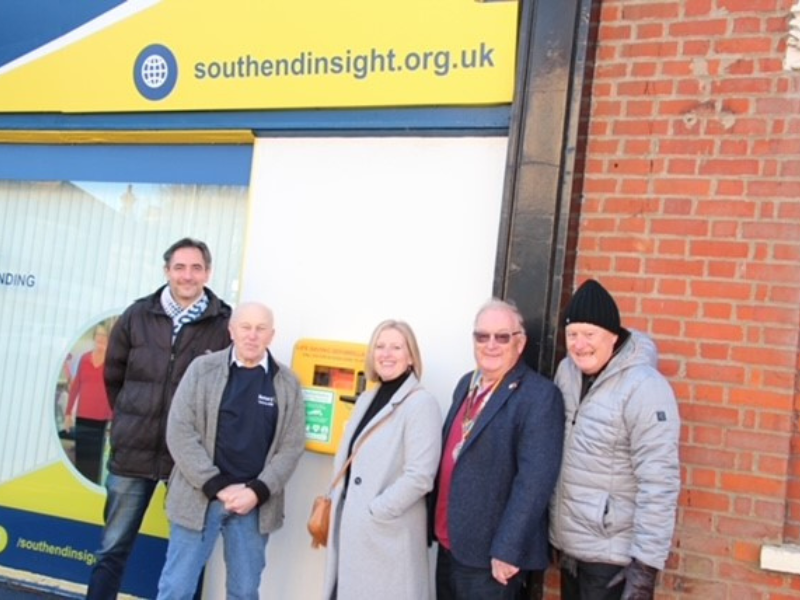 Posted at 01:04h in Positive Stories from Across Southend, Uncategorised by Jamie Langstone
0 Likes

Leigh on Sea Rotary Club together with Thorpe Bay Rotary and The Carli Lansley Foundation have now increased the number of defibrillators that they have installed locally as a group to 10.

The project began more than two years ago when Chalkwell Lifeguards asked Leigh Rotary to install one defibrillator at their premises on Chalkwell Esplanade.

This then lead to further installations whereby each of the defibrillators would have 24/7 access to the Public. The initial aim was to have at least one unit every mile along the whole of Southend Seafront.

Once this was achieved we looked for further locations where they would be of the most benefit. There are now 10 at the following locations, including the recent additions shown in the attached photographs – Toulouse Restaurant,  Southend in Sight and Leafy plant Company.

A spokesman for the group said ‘we haven’t finished the project yet and have further possible sites’.

We could not have done this without the involvement and community spirit of Southend City Council and the businesses and organisations that have allowed us to install the defibrillators on their properties.  We extend heartfelt thanks to them all.