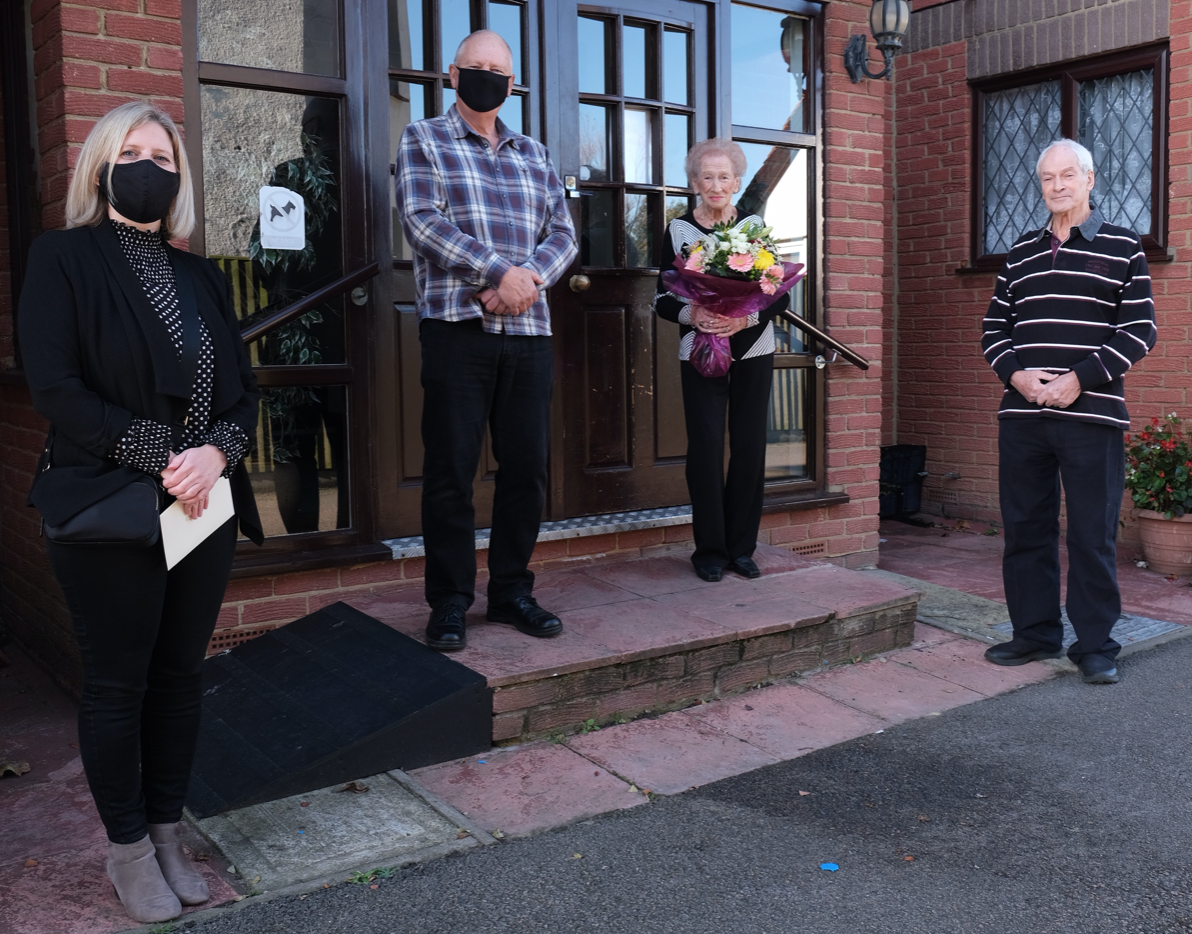 During lockdown, volunteers from Southend in Sight began offering a Talk and Support service helping the charity’s visually impaired members who were shielding to have contact with the outside world. One of those members using the service was Doris Rose. She was supported by Paul Taylor. The two struck up a friendship and as Doris looks forward to her 100th birthday, they met socially distanced but in person, for the first time.

Doris Rose began to experience macular degeneration a few years ago and found support through Southend in Sight. Her walking is restricted and throughout the first lockdown she was shielding but she has a very positive outlook on life and describes herself as ‘the youngest old age pensioner’. She has been having regular weekly calls from Paul since April and said of them ‘To begin with our calls were just for a few minutes but as we’ve got to know each other, the conversations have got longer and longer. It makes a change to hear someone else. I love a discussion.”

Doris is also a veteran, having served as radar operator in a mixed heavy AA unit for the Royal Artillery in World War II. She was stationed all around the UK in places such as Anglesey and London. She had to leave the army to have her son, John who now lives nearby and speaks to her every day. Paul said talking to her about her war time experiences was very interesting as she was the same generation as his own parents.

“Doris is always so bright and bubbly when we speak. She never has a negative word to say. It was wonderful to actually meet her at last. She may not realise it but talking to her every week has also helped me during lockdown,” he said.

Paul has volunteered for Southend in Sight since July 2019, having experienced his own sight issues a few years ago. He now calls six visually impaired people every week and a further two every other week as part of the charity’s Talk and Support scheme.

Lucy Martin, Southend in Sight CEO said “Our volunteers have provided such a valuable service during these challenging times and it was wonderful for Paul to eventually meet Doris on the doorstep to celebrate her special birthday!”

For information on the Talk and Support scheme run by Southend in Sight, please call 01702 342131.

Please note: Southend in Sight offices are open for sight loss advice on the usual number: 01702 342131.  Staffing is limited in the building and the staff may not be able to answer the phone immediately.  Our emergency number is: 07512 33 55 74.