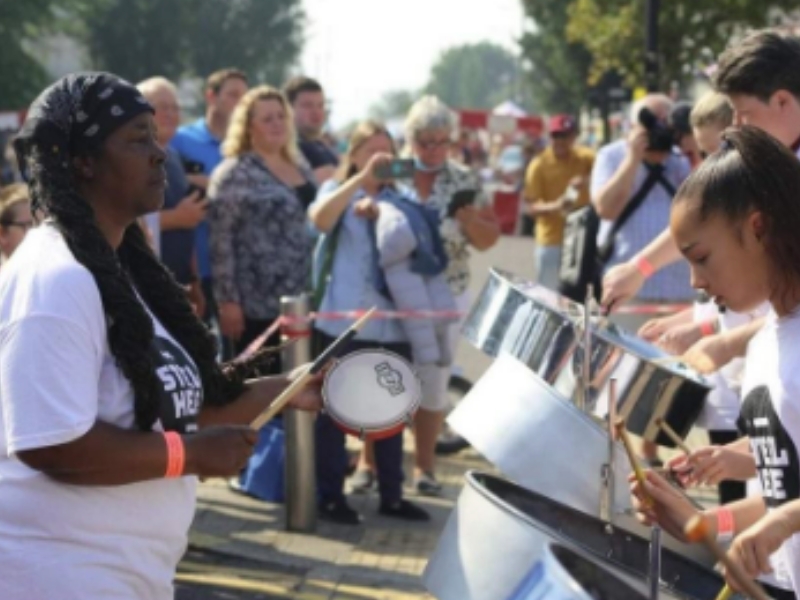 Posted at 10:56h in Community News by Jamie Langstone
0 Likes

The aim was to give young people the opportunity to try something new, learning to play and appreciate the Steel Pan instruments and the music that would result from it.

The workshops were called Steel Here to give reference to the fact, that during this extremely challenging time and still facing effects of the Corona virus, young people were being adversely affected. We felt that it would be good for their well-being if they had some other initiative to explore and empower them to feel like they are not ignored and considered valuable members of the local community.

Our amazing tutors Wilf Hohenkirk and Shirley Potter, were very flexible and when some parents thought actually, they wanted to stay and play, it became an intergenerational environment and open to all.

The Steel Here Project has continued to grow and the participants engagement has been so positive, with an outcome of performing for the Mayor at The Hamlet Court Road in Harmony Festival, that eventually two bands had to be created.

After the performance the participants were overwhelmed with a sense of achievement and pride in their development.  The reaction from the public was so positive, with the family and students requesting that we continue the workshops.