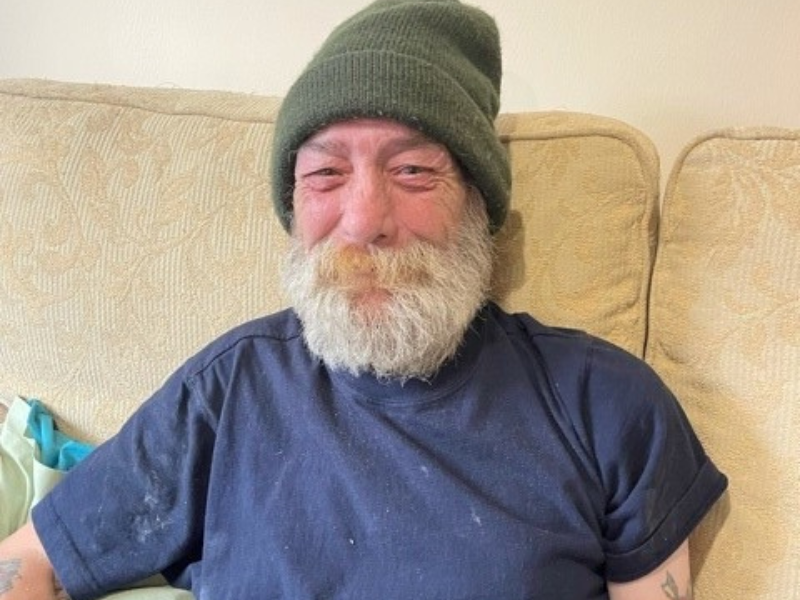 Posted at 13:14h in Positive Stories from Across Southend by Jamie Langstone
0 Likes

HARP, Southend’s homeless charity, and CHESS Homeless in Chelmsford, continue to celebrate their joint 20th Anniversaries, and today HARP publish their eighth story in the series.

Terry has been a HARP client for at least the last 15 years, originally seeking help after the breakdown of his marriage caused him to lose his accommodation.

“I was going through a messy divorce and I turned to drink to cope with it. I walked out of my family home and left my wife and children behind – we were all too unhappy for me to stay.”

Terry found himself sleeping rough in Southend and drinking heavily, before he found HARP’s Night Shelter in York Road.

“It was just a Night Shelter where we could stay for the evening back then, but we had to be gone early in the morning.”

Over the years, Terry has been supported by various HARP staff across different services, in particular our Complex Needs Supported Accommodation, but when HARP launched a Housing First program in 2020, our team thought that Terry would be a great candidate for the no-strings-attached housing scheme. Terry soon moved in to his own flat with support from Gracie, Housing First Project Worker at HARP.

“I’m really grateful to have had the opportunity to live in my own flat and learn how to live independently. I’m also grateful for having my concerns listened to, and knowing that there are people who care about my health and well-being.”

Unfortunately, Terry had some health complications, and subsequently found himself having panic attacks and shortness of breath, related to health anxiety. So, Gracie suggested to Terry that he move in to a local Supported Accommodation provider who could better cater for his needs.

“I have managed to sustain living independently and have also managed to reduce my drinking since moving into my new place”.

His new accommodation provides the support that he needs to live comfortably and worry-free, and Gracie still pops by to help with cooking, shopping, and even a game of cards if they both have time!

“I love chatting with the on-site staff and all the other residents, and I’m looking forward to the group coffee mornings and bingo nights starting up. I also really enjoy fish Fridays and Sunday roast dinners! Without HARP I would’ve been forever homeless, or worst case in a coffin by now.”