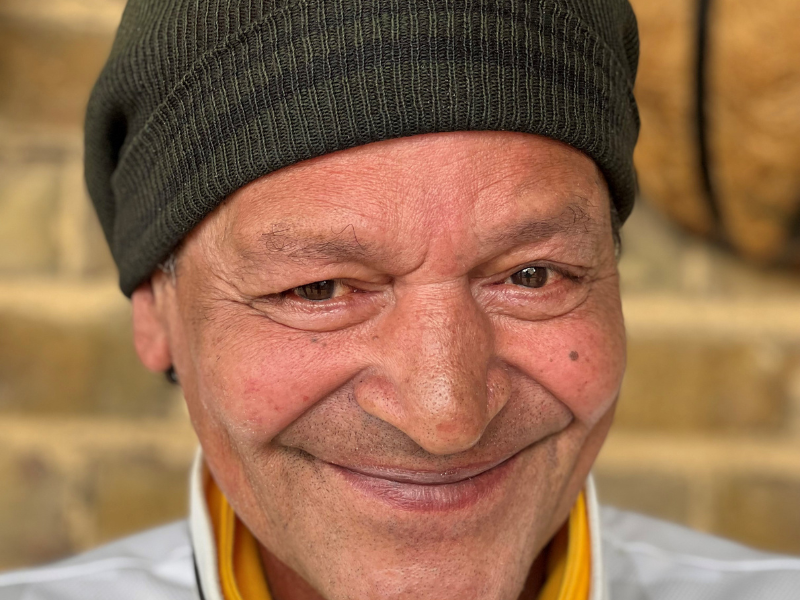 Posted at 12:02h in Positive Stories from Across Southend by Jamie Langstone
0 Likes

HARP, Southend’s homeless charity, and CHESS Homeless in Chelmsford, have launched the first story to celebrate their joint 20th Anniversaries.

Tony Lawrence, 62, a long-time HARP client, is the subject of the first of twenty stories to be published under the banner “2 Charities. 20 Years. 20 Stories”. By publishing a story each day from Tuesday 20th September, the charities aim to bring to light the overwhelming positive impact both HARP and CHESS have had on people affected by homelessness in the county over the last two decades.

Tony first came to HARP after the breakdown of his relationship left him homeless and at rock bottom. He has seen the charity grow from two buildings at its modest beginnings, to now housing over 230 people every night of the year.

“You’ve got to credit the staff and volunteers from back then – they didn’t really have much but they did so well with what they had!”

Tony has seen the quality of service and accommodation offered by HARP improve immeasurably over the years, which has led to greater success with helping clients move on and live independently.

“Now, all the rooms have a colour TV and the food is great. It really has improved for people.”

In 2017 Tony moved out of HARP and secured his accommodation at a local not-for-profit Supported Housing Association. He still stays in contact with the team, specifically Matthew Pettitt, HARP’s Service Manager for the charity’s Low to Medium Needs Supported Accommodation.

“If I get something that I can’t handle, say a letter that is awkward for me, I come and see Matt or give him a call and he helps me out – he always knows what to do when it’s beyond me. I do find it quite stressful sometimes, and I know if I go marching in and getting angry it won’t help me. So I come to the professionals and I know Matt and the team will always help me.”

Tony is now celebrating his fifth year of independent living thanks to his hard work and support from HARP. This is an amazing success for Tony, and he is determined to keep it up.

“I don’t want to be knocking on HARP’s door with a black bag over my shoulder, begging for a place to stay. I’m going to keep it up – I have to!”