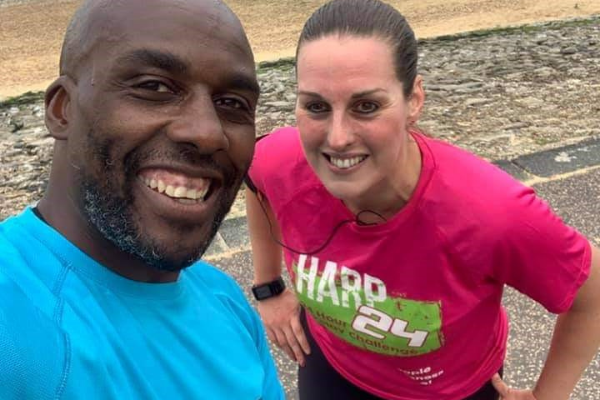 Posted at 07:14h in Community News by Jamie Langstone
0 Likes

HARP, Southend’s homeless charity, is grateful to 107 amazing runners who took part in the charity’s first ever Virtual HARP24 event this weekend.

The runners competed from midday on Saturday 19th to midday on Sunday 20th June to complete the most miles in 24 hours in solo and team categories.

Together, they completed an incredible 1,463 miles, which is enough to get from Southend Pier all the way to the Turkish city of Çorlu!

The event has so far raised over £6,500 for local homeless services.

The event usually takes place in-person at Westcliff Rugby Club, but due to the pandemic the charity had to make the difficult decision to move to an online Virtual event this year.

Dina Jobson, HARP’s Head of Fundraising, said: “I am blown away at the effort and resilience of the runners who took part in our first ever Virtual HARP24 event. We were nervous to move our traditional in-person event online, but we were forced to do so due to the pandemic.

“We’re so thrilled with the number of participants, the miles completed and the amount of money raised to support vulnerable people in the town. We’d also like to say a massive thank you to event sponsors Ipeco, and local businesses Henry Burgers, Kieran Mote Sports Therapy and Run Active for their support in making the event so special”

You can find out more about the charity’s work on HARP’s website at www.harpsouthend.org.uk